The sheltered coastal bays of Marlborough supported a small Maori Population possibly as early as the 12th century.  Anthropologists have christened this part of central Aoteroa, Waenganui, a region that stretched from inland Ureweras to Kaiapohia.  Maoris in the Marlborough Region cultivated crops, including kumara (sweet potato) and exploited marine resources.

Although the early history of Marlborough was closely associated with the Nelson settlement, the people of Marlborough wanted independence from Nelson.  Nineteen years after the original Nelson settlement, the request of Marlborough settlers was granted and Marlborough became a separate province in 1859.  Although gold was discovered in the province in the early 1860s, the boom did not last and while it helped to expand the region, the development of pastoralism provided the greatest long-term benefits.  Marlborough squatters developed huge sheep runs that dominated the countryside, rivaling Canterbury’s sheep stations in size and wealth.

Modern-day Marlborough is a totally different place.  Viticulture is the prominent industry with cultivated crops and sheep taking a backseat along with orchards.

Today the region’s economy is still rural-based with pastoral and horticultural farming continuing to provide a major source of income.  The region’s inhabitants continue to utilise the marine resources.  Lake Grassmere is the country’s only source of salt, and fishing and mussel farming are also extremely important in the region.

Picton is the home of the Edwin Fox, the last remaining ship of its kind.  She served in the Crimean War, transporting prisoners to the penal colonies of Australia, immigrants to New Zealand and, in its latter years, was utilised in the frozen lamb trade. 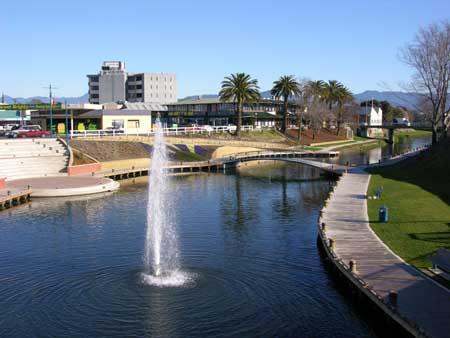